In 2013, two Oxford professors Frey and Osborne sparked a debate about the fear of automation and the robot revolution. In a study conducted by the two, they analyzed 702 jobs and concluded around 70 million people could lose their jobs to automation in 2017. That would be nearly half (around 47%) of the total US workforce. This was cause for concern for many, but it didn't turn out to be correct.

In a subsequent study 3-years later, market analysts McKinsey analyzed 830 jobs, and found only around 5% of them could be totally automated. The Unemployment rate in the US stood at 3.9% in April 2018. So the end of employment as we know it didn't happen, but something did change.

The Changing Perception of Automation

Back in 2013, knowledge around automation was peripheral. The related technologies were in their infancy. This led to a series of blanket conclusions from some people, who immediately predicted a ‘robotic apocalypse’. Which was simply not true. The initial survey by the Oxford professors analyzed the probability of occupations that could be automated, while the McKinsey research analyzed the potential of automation within each job role.

McKinsey found that almost every role analyzed, had some potential for automation, but expected very few of them to be completely replaced. For example, they found that around 25% of the role of a CEO could be automated. AI and Machine Learning (ML) can produce analytical reports, or create automated response systems, that allow a business leader to spend more time crafting deals and mentoring teams. Which could increase productivity, and generate more revenue.

McKinsey concluded that robots would not replace many jobs completely, rather automate parts of many jobs. Reskilling and augmenting the workforce will be the way forward.  As early fears on Artificial Intelligence (AI) and automation have disproved, adoption rates for automation technologies like the RPA have increased. Marketsandmarkets indicate the global Robotic Process Automation (RPA) market could be worth $ 2.46 billion by 2022.

RPA Is Leading The Charge On Enterprise Automation

The technology landscape is at a pivotal tipping point today. The World Economic Forum (WEF) predicts that we are entering a time period that will come to be known as the ‘’fourth industrial revolution’’, one for the digital age. Companies are turning to technology and rapidly investing in digitally transforming their business. This is imperative, as game-changing advances in the past decade have given rise to a generation of customers that demand personalized, efficient, and rapid responses to win their loyalty. The agility required to remain competitive today, is impossible to achieve without automation. The presumption of enterprise automation is that by automating mundane time-consuming tasks, human workers are freed up to do more productive work with their time.

Robotic Process Automation (RPA) technology is reshaping workforces, by eliminating low-value repetitive tasks like data entry, and form filling so that employees can focus on high-value core business processes. Forrester predicts companies will use digital bots (software robots) to augment 311,000 administrative roles, and around 260,000 sales and marketing related jobs in 2018 to increase productivity and agility. Have you planned your journey to automation yet?

Don’t Be Left Behind By AI

RPA has been proven to improve compliance, improve the quality and accuracy of processes, boost productivity, and reduce cost. 53% of companies surveyed are already on their RPA adoption journey. The number is expected to rise to 72% within the next couple of years. Failing to invest in automation and AI now, could result in your business being left behind. Don’t let that happen.

If you’re looking to get started with RPA, why not partner with an RPA managed service provider? ProV’s customized RPA solutions help streamline your processes, and map-out your implementation to ensure great adoption rates for a flexible fee. To learn more about how we can set you up on your journey towards automation, drop a comment below or contact us today. 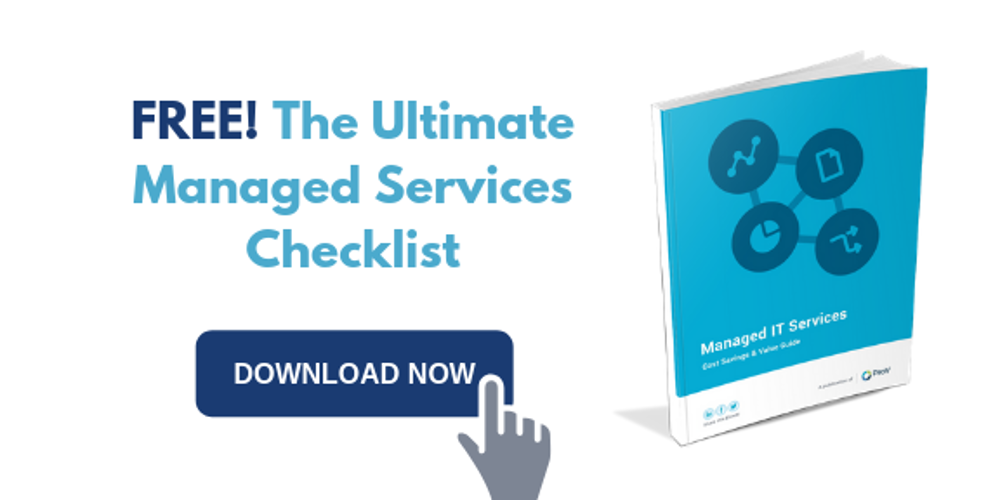 ServiceNow vs BMC Remedy: Which One Should You Choose?

5 Ways Construction Companies use IFS Applications to Survive and Thrive

Are you a Tech Leader? JOIN THE COMMUNITY